In addition to relieving the symptoms of arthritis, a gluten-free diet has can also cause dramatic weight loss, reverse the signs of heart disease, im...
×

If you’ve heard the claims of gluten-free diet fanatics, it may sound a little too good to be true.  The dietary side effects of wheat gluten have been blamed for everything from obesity to heart disease and A.D.D., so it’s no surprise there would be some skeptics who find it hard to believe.  The truth is that gluten sensitivity itself is considered a disease; one which results in a wide variety of symptoms including osteoarthritis, rheumatoid arthritis and other bone and joint pain symptoms.  Does this mean that everyone who consumes too much gluten will develop arthritis?  Probably not, but a gluten-free diet has been shown to ease the pain for many arthritis sufferers.

According to the popular book, “Wheat Belly” by cardiologist William Davis, arthritis is one of many illnesses that have been all but “cured” by avoiding gluten, but it’s important to understand that there are many systemic causes for painful and swollen joints.  While both osteoarthritis and rheumatoid arthritis can be irritated by food intolerances such as celiac disease and gluten sensitivity, it is important to understand the differences between the two main types of arthritis.

Osteoarthritis is caused by the breakdown of joint cartilage, while rheumatoid arthritis is an autoimmune condition that results in painful swelling and inflammation of the joints.  Both diseases may have similar symptoms, but each of them is treated differently and each patient will have a unique response to dietary changes.

Is it Celiac Disease or Arthritis?

People with a natural intolerance to gluten may be diagnosed with celiac disease, which is an autoimmune disorder affecting the small intestine.  Celiac disease sufferers are adversely impacted by their own immune system’s reaction to gluten, which attacks the lining of the small intestine and causes symptoms that mimic arthritis.  It may also worsen the symptoms of existing arthritic conditions.

According to the 2008 study by Alternative Therapies in Health and Medicine (Dr. Mark Hyman, published in the “Arthritis Research and Therapy” Journal), even osteoarthritis and rheumatoid arthritis sufferers who don’t have celiac disease have found that gluten worsens their pain.  The study shows that up to 30 percent of the population may have a degree of sensitivity to gluten, which could contribute to arthritis pain, but the only way to determine this is an elimination diet.

Blood tests for IgG and IgA anti-gliadin antibodies can be performed to diagnose celiac disease, but some people prefer to get a biopsy to determine whether there is damage to the villi lining in the small intestine.  It is possible to have the antibodies but lack damage to the intestine, but this indicates a gluten sensitivity and a genetic tendency toward celiac disease.  Alternatively, you may have a gluten sensitivity that worsens arthritic pain without carrying the antibodies.  This explains why so many arthritis sufferers simply go “gluten-free” to see how it impacts their symptoms.

Are there degrees of gluten sensitivity?

This is a question that has come up quite frequently with regard to celiac disease and arthritis. According to Mayo Clinic professor of medicine and consultant in gastroenterology/immunology, Dr. Joseph Murray, gluten sensitivity most likely represents more than one clinical condition.

The first condition that falls into the category of “gluten sensitivity” is what Dr. Murray calls “celiac lite,” which means a person may or may not have the typical blood characteristics of celiac disease, they do not show signs of intestinal damage in a biopsy, and they have symptoms like bloating, gas, diarrhea and abdominal pain.  This person will see a reduction in symptoms by following a gluten-free diet.

A second group of patients has a condition known as non-celiac gluten sensitivity, which also includes abdominal pain, bloating, gas and diarrhea, but they don’t have antibodies or the genetic predisposition for celiac disease.  While this group may be told they have IBS (Irritable Bowel Syndrome), their symptoms actually improve within a month of following a gluten-free diet.

Gluten-free is more than just a “no bread” diet

As more people learn about the benefits of going “gluten-free”, there is still quite a bit of confusion about what this means.  While it certainly includes the replacement of wheat and other grains containing gluten, there are quite a few foods that must also be avoided.  These include canned soups, tortillas, some popular packaged foods and many salad dressings.  The industrialization of agriculture has impacted the genetic makeup of wheat, as we know it, which has changed the way our bodies process the grain.  In addition to relieving the symptoms of arthritis, a gluten-free diet has can also cause dramatic weight loss, reverse the signs of heart disease, improve thyroid functions and provide relief for many common illnesses.

Read 7928 times
Tweet
More in this category: « High-Protein Diets – How Healthy Are They? Open Enrollment 2021: How Do I Get Individual Health Insurance In Arizona? »
back to top 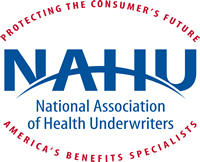